One of the coolest things about US Open Season in Huntington Beach is all the other cool stuff happening away from the beach! Take for instance the Hurley Printing Press, a series of art pop-up shops curated by Hurley artist and legend, Craig Stecyk and in partnership with Blisss magazine and Agenda. The Hurley Printing Press space will feature limited edition art prints and tees by six artists including Jersey Joe, Dalek, Madsteez, Craig Stecyk, Tim Hendricks, and the Hurley Art Department. It is currently at Liver Design Gruppe, 220 Walnut Avenue in Downtown Huntington Beach during the week of the Vans US Open of Surfing – that’s July 22nd through July 28th.

The day we visited – the featured artist was Dalek, an artist known for his iconic space monkey character, which was formed by subcultures of punk rock, skateboarding and graffiti, merged with street art, cartoons, Japanese pop and the energy of the urban punk scene. 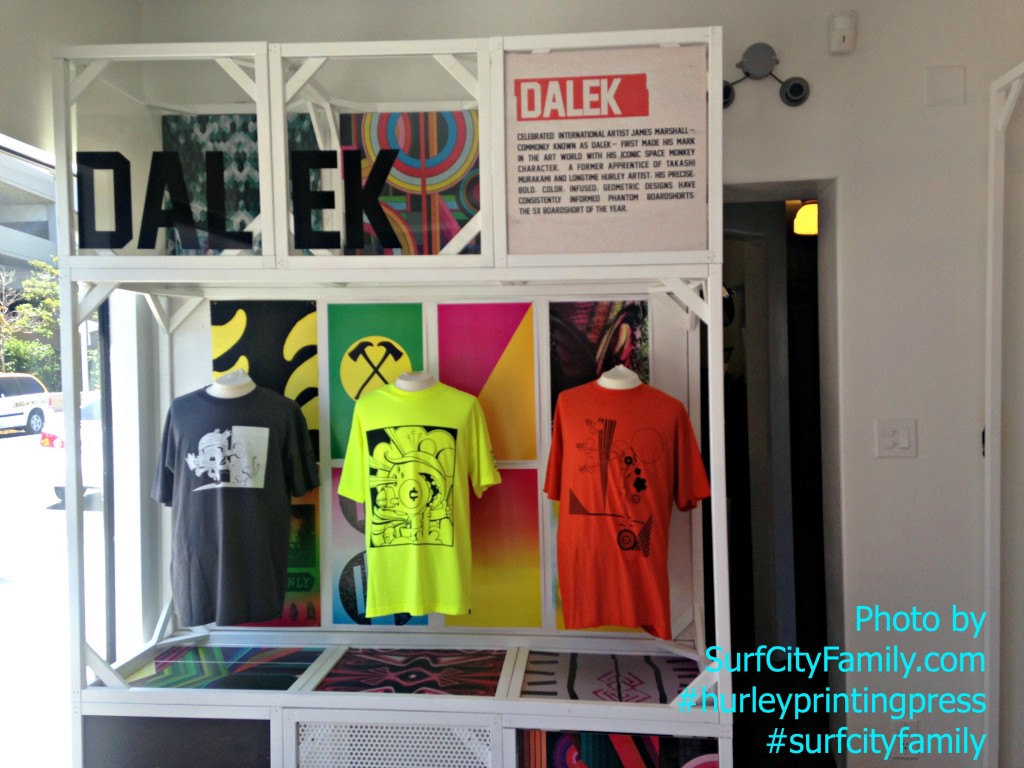 Each day the featured artist will host the curated space displaying their art and will be hand-printing tees of their own designs using a Charles Brand etching press. All tees and prints were designed exclusively for the Hurley Printing Press and will be available for $30 only onsite followed by a limited run online at hurley.com. The week started off with the Hurley Art Department on Monday, July 22nd and Jersey Joe/RIME on Tuesday, July 23rd. 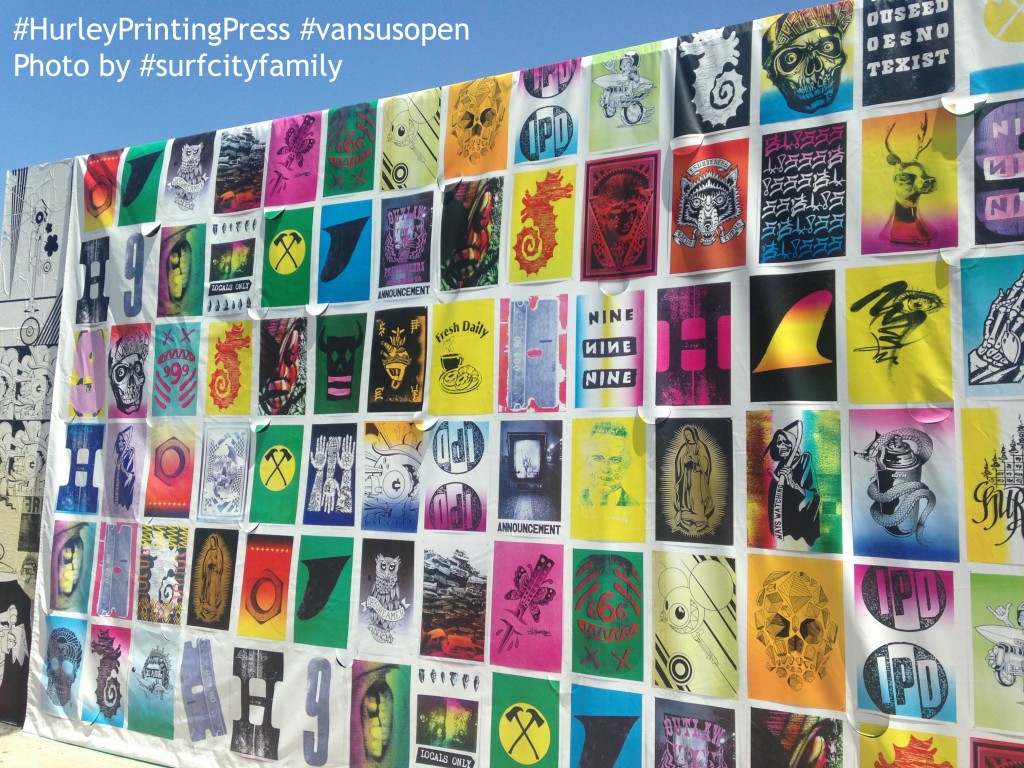 Here is the schedule of artists at the Hurley Printing Press in Huntington Beach.

July 25th – Madsteez (In partnership with Blisss Magazine)
Based in California by way of DC, Mark Paul Deren “MADSTEEZ” is a multimedia designer/artist known for his vivid, large-scale, multi-layered paintings and incorporation of humor. He’s collaborated with several iconic brands, like Nike, Target, Volkswagen and Red Bull.

July 27th – Tim Hendricks
Tim Hendricks learned his trade from his father, and grew up around surfing and art. His passion for tattoos began in his late teens and grew into a lifelong career, heavily influencing his style of drawing and painting. 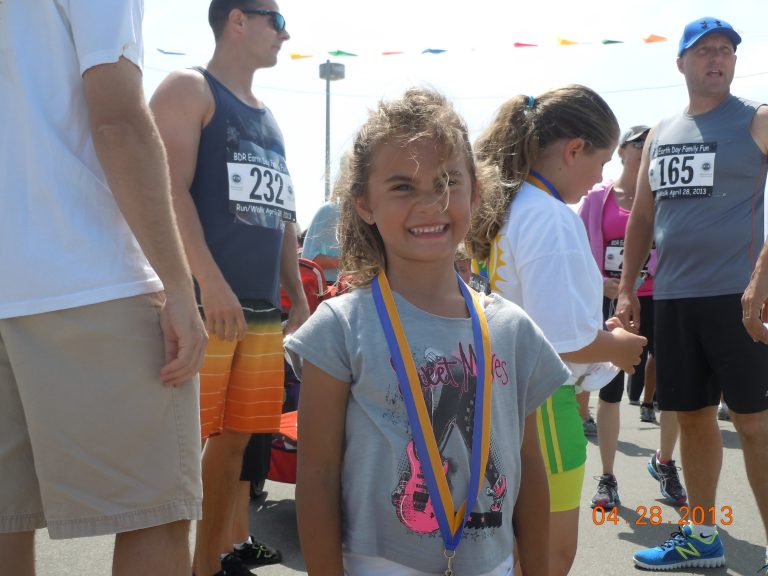 The 3rd annual BDR Earth Day Family Fun Run and Beach Clean-Up will take place on Sunday, April 27,2014 at Bolsa Chica State Beach in Huntington Beach. According to one of the organizers, Stephanie Mondino: “This event was started by my friend, Eileen Robertson, after her husband Brian was killed while piloting his plane just…

Huntington Beach Mayor, Joe Carchio, will hand over the key to Surf City to Kelly Slater, 10X ASP World Surf champion, to honor his contribution to the sport, and the city on Tuesday, June 21, at 6 PM in Downtown Huntington Beach during Surf City Nights. The ceremony will take place in front of Jack’s… 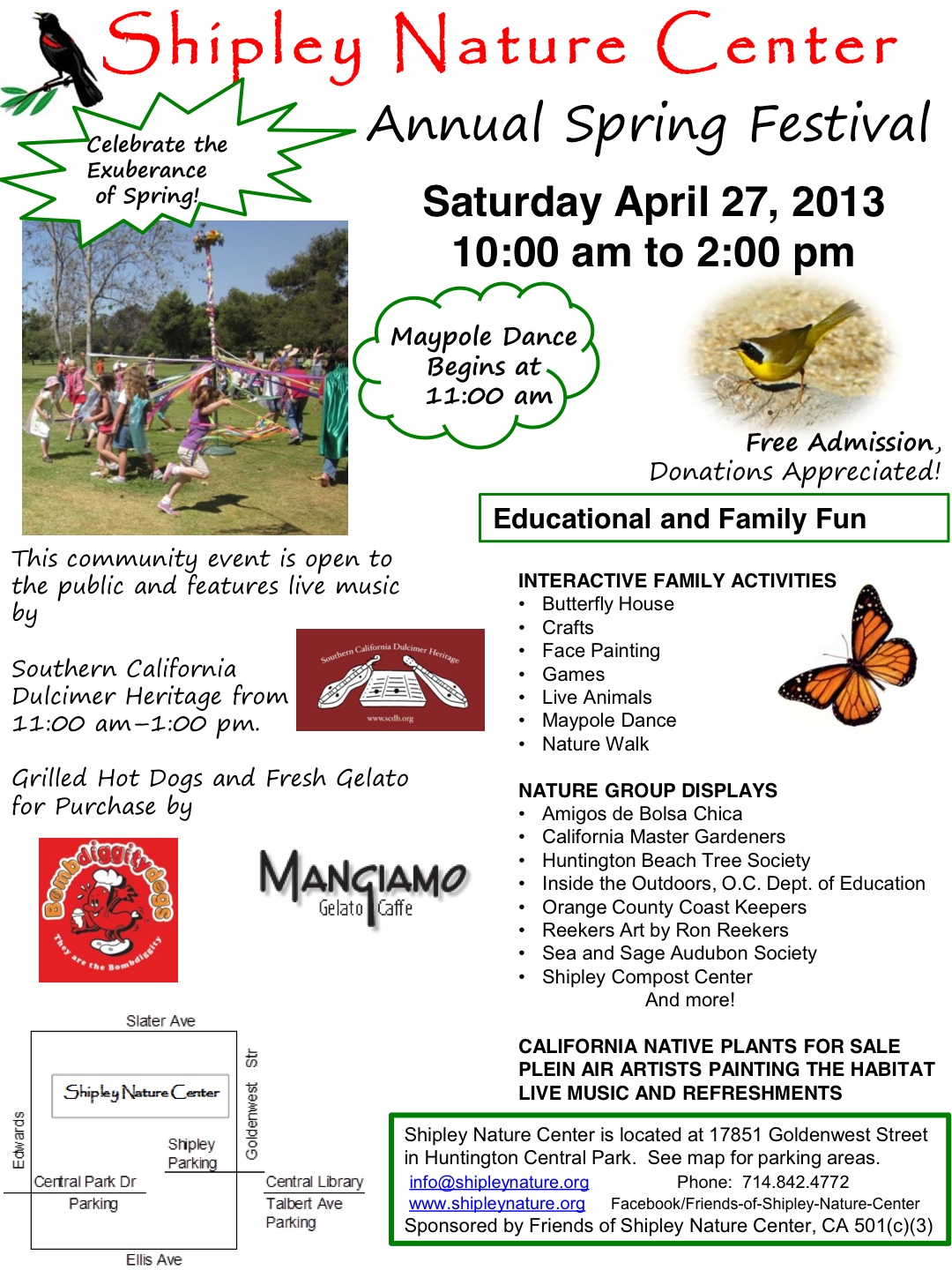 The Shipley Nature Center in Huntington Beach presents its Annual Spring Festival on Saturday, April 27 from 10am-2pm Admission is FREE. There will be many interactive family activities including a Maypole Dance at 11am as well as numerous nature group displays. California native plants will also be available for purchase. Shipley Nature Center is located…

When I think of a vibrant neighborhood I can’t help but think of Sesame Street. Remember Mr. Hooper’s store? Luis’s Fix-it-shop? Well, that’s what today’s all about — supporting local business! Life before big box retailers seemed simpler, if you needed a carton of milk, you went to the local grocery; if you needed something…

Fancy some live weapons demonstrations and battle re-enactments? Head to Huntington Beach Central Park where the Huntington Beach Historical Society stages its annual Civil War Days. There will be musical acts, military drummers, and costumed non-professional actors. See history come to life! Take your kids to learn about the flags, ceremonies, lifestyles and battles that…