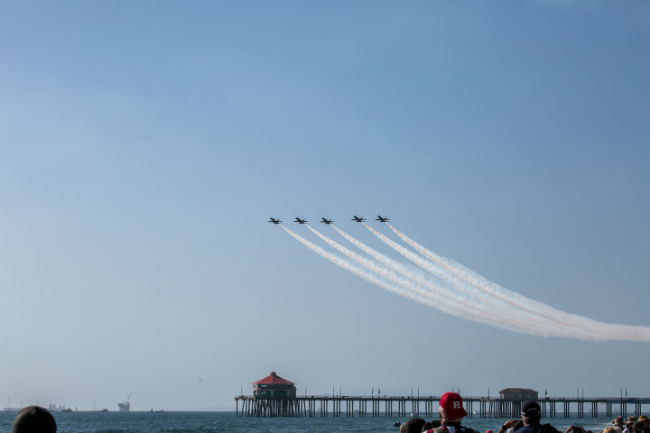 The Great Pacific Airshow, returning to Huntington Beach this Oct. 19 – 21, announced the heartstopping aerobatic, warbird and military performers for this year’s show.

Headlining the show for the second time is the pride of the Air Force, the U.S. Air Force Thunderbirds. Flying Lockheed Martin F-16 Fighting Falcons, the Thunderbirds perform with mind-bending precision and choreographed sequences that electrify audiences with every roll, pass and formation. 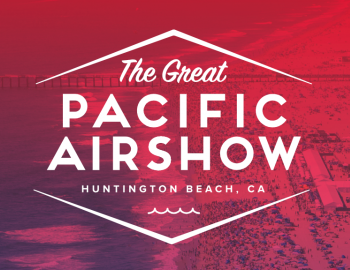 Jeff Boerboon is no stranger to the Great Pacific Airshow, fans may remember Boerboon flying the Screaming Sasquatch, the jet-propelled biplane that performed in 2016. Making its West Coast debut and bringing twice the excitement to Huntington Beach at this year’s Airshow is Jeff Boerboon’s Yak 110. This one of a kind aircraft is made of two fuselages, two propellers, one jet engine and one pilot. Boerboon’s performance will include rolls, dives and spins that will thrill attendees of all ages.

Another returning favorite will be the Lyon Air Museum’s C-47 Dakota, also known as the “Willa Dean.” This plane is one of the most complete and original C-47s currently in operation and has been flying since 1941. Flying another piece of history is Greg Colyer who will fly a T-33 he named the “Ace Maker,” the U.S. Air Force’s first operational jet.

Seasoned airshow professional and fan-favorite, Bill Stein, will be flying his Edge 540. Stein began flying aerobatics when he was still a student pilot and has performed at air shows all across the United States for over 20 years. Michael Wiskus is another experienced professional who has been flying planes for over 40 years. In fact, Wiskus has never had any other job. He will be flying Lucas Oil’s stunt plane “Super Stinker,” formally known as the S-1-11B. This plane has been redesigned from its original build to reach new heights that will wow crowds at this year’s airshow.

The Huntington Beach Police Department and Marine Safety Division will again team up for a Search and Rescue Demo that will show their techniques for open water rescues.

Returning for its third year will be the FedEx 757. This transport aircraft thrilled the crowds in 2017 when during a low, high speed pass the Boeing 757 achieved aerodynamic contrails, or vapor, over the wings.

Fans will also have the opportunity to experience the country’s most remarkable over-the-water Airshow from the best seats in the house. New VIP ticketing options provide premium viewing experiences, with food and beverage options, and even seating on the pier. For more information visit pacificairshow.com/tgpatickets. No matter where you are your experience will be enhanced with the live audio simulcast through the iHeart Radio LA app’s custom Airshow channel. Download the app now, and enjoy pre-show interviews with pilots, tips for visiting the show and more.

*Performer line up can change based on aircraft availability and other assignments, particularly for military. These changes or substitutions are at the discretion of the airshow.

Recently, my kids and I had the pleasure of dining with fellow bloggers Kara Noel of Elis Lids, Deb Lavdas of Debbie in the OC and Caryn Bailey of Rockinmama and their adorable families at Ztejas Southwestern Grill in South Coast Plaza (near the carousel!) We had a grand old time — we enjoyed the…

“In these trying times…”  “Belt tightening days ahead…”  “America needs to learn to save…”   Among the many frugal habits people have begun to adopt, brown bagging it to save money tops the list. According to the Wall Street Journal, the brown bag stigma pretty much disappeared with the recession.  Now, it is cool to pack your…

The Friends of the Children’s Library is proud to present the annual Festival of Folktales on Tuesday, June 28, 2011 from 11am to 3pm at the Central Library. Enjoy shows including the Rope Warrior at 12:30 and 2:00pm at the Library Theater, Spring Jam Spectacular Laser Show at 11am, several skits by the Puppet Company…. 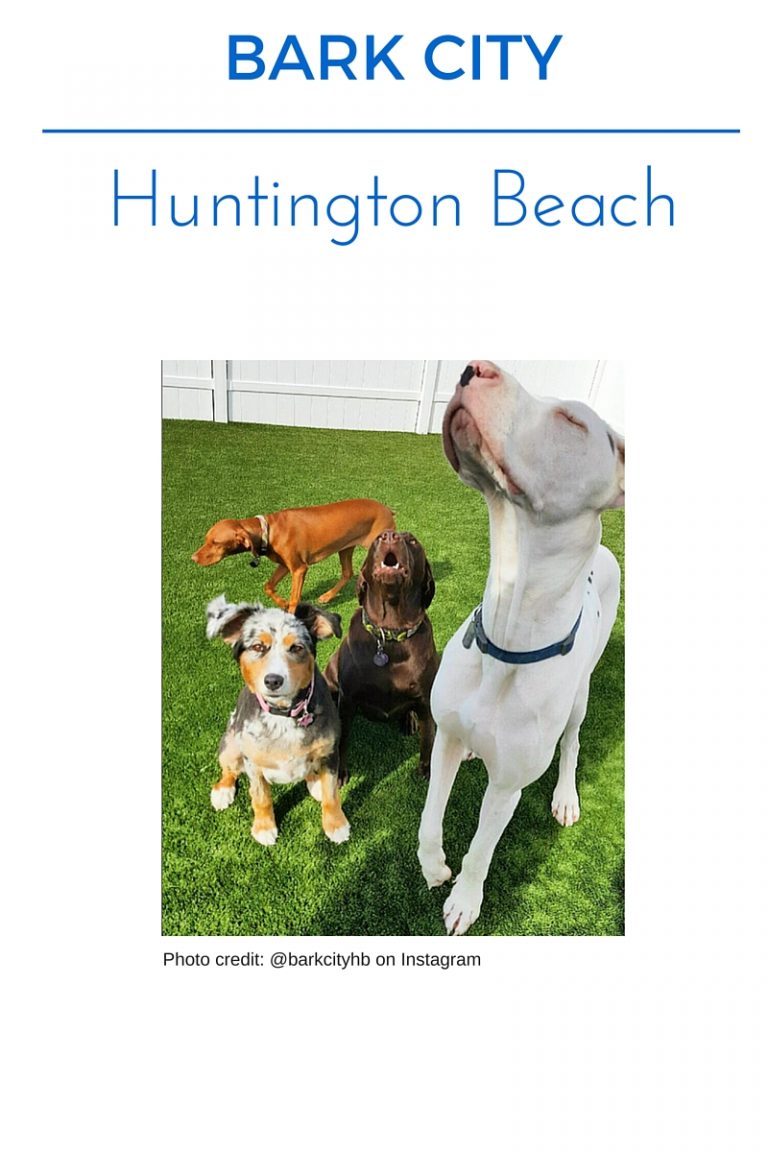 Finding someone to watch our fur baby when we are away is always a challenge. Usually, we have a friend dog sit but when our friend couldn’t do it, we turned to Bark City, a cage-free dog daycare and boarding facility located next to the OC Humane Society, off of Newland St. at Pacific Coast…

Remember the Amphitheatre at Bella Terra? Well, there are some changes afoot…DJM Capital Partners, owners and operators of the popular Huntington Beach mall are creating a garden area for dining, entertainment, relaxing and gathering. HUNTINGTON BEACH, Calif. — DJM Capital Partners, Inc. — owners and operators of Bella Terra, one of Orange County’s premier lifestyle…

Kiwanis of Huntington Beach are hosting the First Annual Family Fun Day on Saturday, April 30th from 11am to 4pm at the Huntington Beach Sports complex. Food, games, entertainment and more. This event supports the children’s library and Kiwanis youth programs. Tickets – $5/per person For more information, email kiwanisfunday@yahoo.com or visit HBkiwanis.org