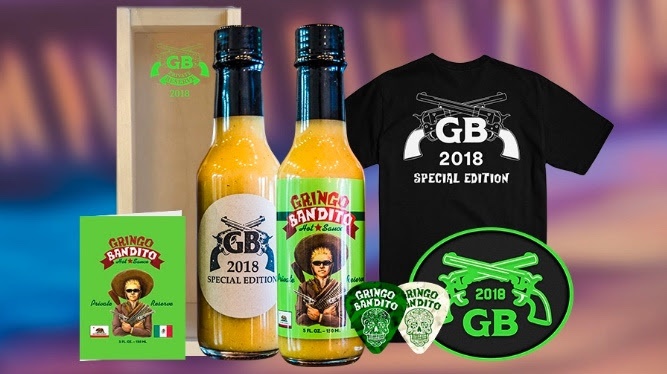 (HUNTINGTON BEACH, CA) – 10.31.2018 – The spiciest announcement of Halloween comes from Gringo Bandito Hot Sauce, the Southern California hot sauce brand who each Fall builds hot anticipation around it’s annual Private Reserve offering. Gringo Bandito has announced this year’s flavor as “an incredible spicy Scotch Bonnet pepper accented with delicious habaneros.” As with all of Gringo’s sauce offerings, the Private Reserve is made with premium ingredients and never include artificial flavors, colors or preservatives. Hot sauce enthusiasts can order this limited release starting at 9am PST on Tuesday, November 6th via www.gringobanditostore.com

This year customers can choose between two packages:

The Super Duper package includes a starburst green label printed on silver foil and autographed by Gringo Bandito founder Dexter Holland. It is packaged in it’s own wooden box along with exclusive guitar picks, a patch and T-Shirt. A second bare bones bottle of the private reserve will be included as well. This is limited to 350 packages. One lucky recipient of the Super Duper package will be selected at random to receive a rare (#1 of 1) giclee print of this year’s Private Reserve label signed by Dexter Holland.

The Cheapskate (2nd) option is just a bare-bones single bottle.

One lucky recipient of the Super Duper package will be selected at random to receive a rare (#1 of 1) giclee print of this year’s Private Reserve label signed by Dexter Holland.

Since being founded well over a decade ago, Gringo Bandito is now carried in over 500 restaurants, 7000 supermarkets and remains an Amazon top 10 customer rated hot sauce product. Playboy Magazine has described Gringo Bandito as “the best combination of sweet and hot I have come across.” The icing (or ehem, “sauce”) on the cake is that Gringo Bandito healthiest sauces around: it has 70% less salt than other major competitors, contains no preservatives, and is paleo friendly, gluten free and all natural. 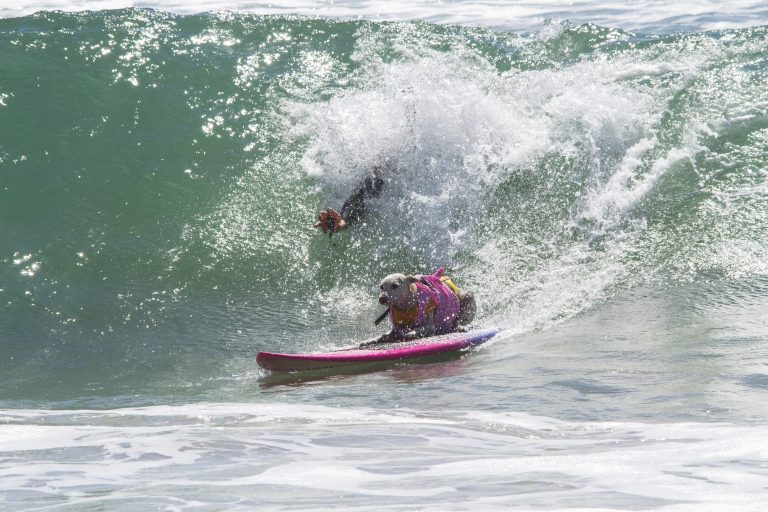 And just like that another 3-days of doggone fun is over! The Surf City Surf Dog weekend kicked off with an Opening Ceremony and Surf Dog Art Exhibit at Rainwater Gallery in Downtown Huntington Beach on Friday, September 23rd. Featured artists included photographers Dominique Labrecque, Ronen Tivony and Melanie Horn, who is the official photographer…

I had the honor of meeting Food Network Stars Iron Chef Michael Symon and Anne Burrell at Zov’s Bistro in Tustin for  a special fundraiser for the James Beard Foundation, a non-profit based in New York that serves to promote the culinary arts. Watching Chef Anne cook her Chicken Milanese with Escarole Salad and Pickled… 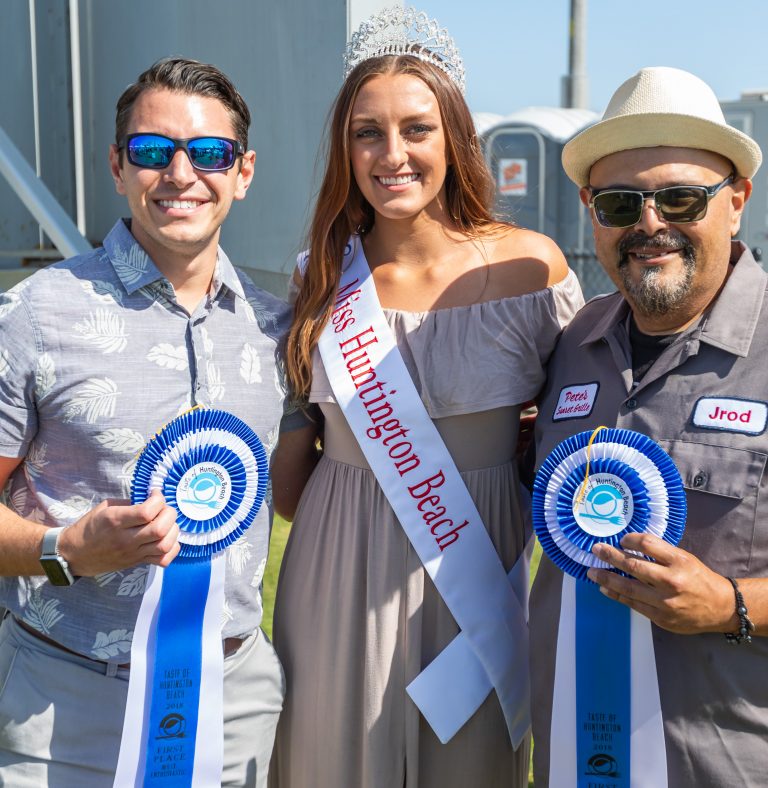 Surf City Family has been a proud sponsor of the annual Taste of Huntington Beach for the past four years! This year, we partnered with Love2Live Custom Printing to produce some really rad co-branded Surf City Family and L2L Printing Swag including tote bags, t-shirts, and koozies. The design was by long-time Surf City Family-contributor… 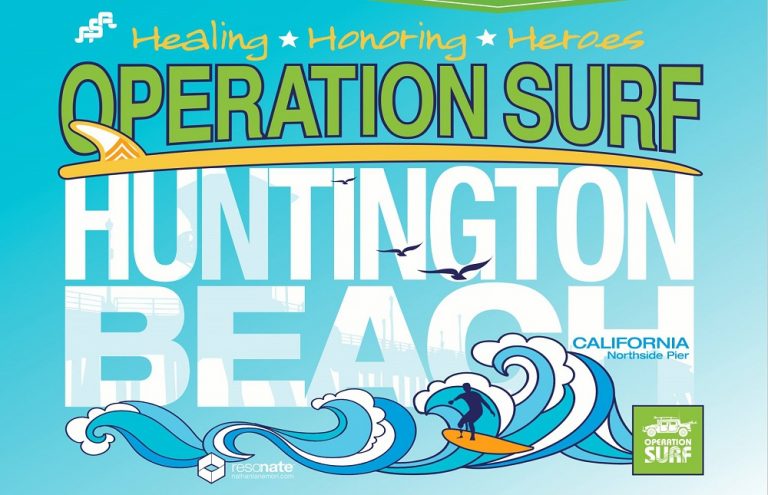 Surf Program Helps Wounded Veterans Find Healing, Compassionate Mentorship and a Renewed Sense of Their Potential (HUNTINGTON BEACH, CA) May 2, 2018 – Surfers in Huntington Beach have long known how catching waves can strengthen both the mind and body. This June 3 – 9, more than two dozen wounded veterans and active duty personnel… 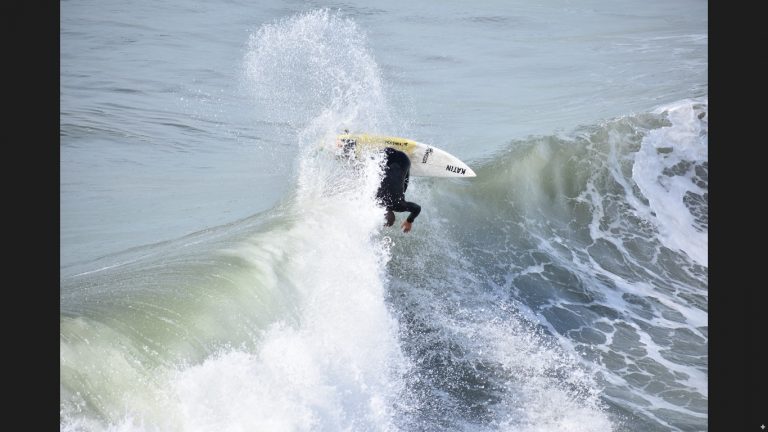 If you are on Instagram and love seeing photographs of local surfers, then you’ve probably seen and admired the work of @bajabilly.  Bill “Baja” Wallace works for the Huntington Beach Public Works Department and is a photo hobbyist. “I shoot with a Nikon D3400 without a tripod so I can be mobile,” said Bill. He…